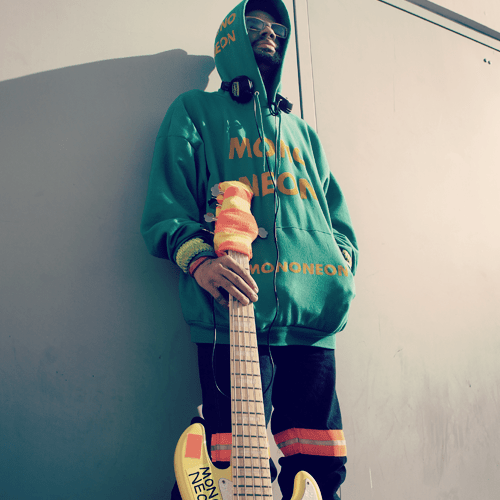 Dywane Thomas Jr. aka MonoNeon is a truly unique bass player. Maybe it's the combination of his avant garde persona, MonoNeon and the unique style playing left-handed bass 'Jimi Hendrix' style, but actually being right-handed? Anyway, EBS got to know Dywane when he was just a kid following fellow bass player and EBS Artist Jackie Clark to the NAMM Show. Already back then, his talent was unmistakable. Fast forward a few years and the late Prince discovered MonoNeon and took him under his wing, writing and recording music as well as performed with MonoNeon at the famous Paisley Park jam nights, as well as on other events (like a big afterparty hosted by Madonna after one of her concerts). Unfortunately, most of the recorded music never got to be released before Prince passed away, but some is available through MonoNeons soundcloud channel, and there are some videos on youtube as well. These days, MonoNeon play a lot with the avant garde jazz/fusion/funk band Ghost Notes, as well as occasionally with Corey Henry's Funk Apostels. He is also a legend on Youtube with his funny and insanely creative interpretations on bass and guitar of hilarious videos that's gone viral on their own. If you haven't heard him yet, do it now!