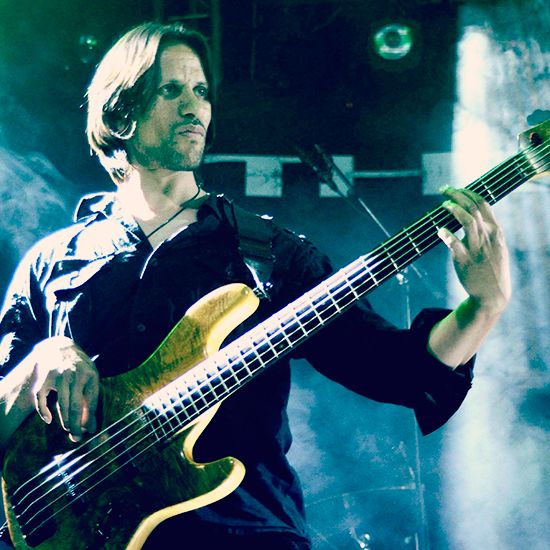 Steve Anderson is the bass player with highly successful UK progressive metal band Threshold. A band that combine heavy guitars and sweeping keyboards, underscored by tight drumwork and bass with great vocal harmonics, that has led to consistent success since they originally formed back in 1988. They are bound for continued success just renewing their deal with record company Nuclear Blast in November 2016 to follow up the latest 2015 Live album with yet another studio album in a nearby future...