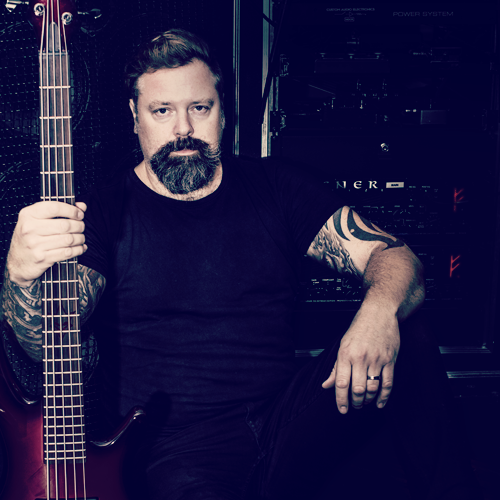 Peter Iwers experienced great success with over 2 million albums sold worldwide and several national and international music awards with In Flames, one of the most successful Swedish music exports ever. EBS joined that ride in 2005 and continued to work with Peter after he parted ways with in Flames at the end of 2016. After a sojourn with the band Cyhra, Peter is ready to get back on stage with the newly announced (November 2021) band, The Halo Effect. The new band is unique since all members have previously been members of In Flames at some point. In addition to Peter, The Halo Effect consists of Jesper Strömblad, Daniel Svensson, Niclas Engelin, and singer Mikael Stanne (also known as the lead singer in Dark Tranquillity).