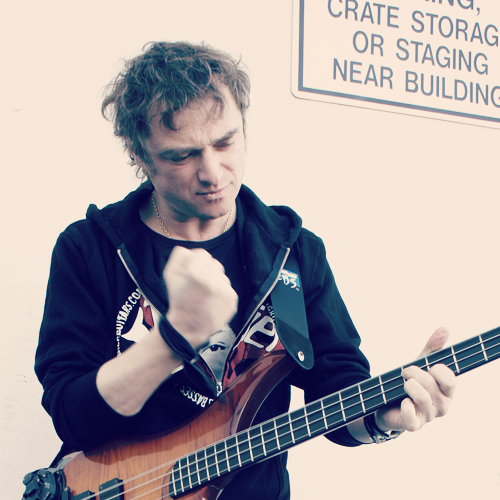 Pascal Mulot is a French bass virtuoso and solo artist. Pascal has released several solo albums and is very active as a session musician in Paris. Pascal is also know as a great demonstrator at events around the World and has performed several demo videos for EBS amps and effects, as well as performing at the NAMM and MusikMesse shows. He has played with artists such as Simon Phillips , Steve Lukather , Steve Vai , Blues Saraceno and a bass trio in Cannes Music Festival with Bunny Brunel and T M Stevens . He has also released 3 instructional videos in Europe.