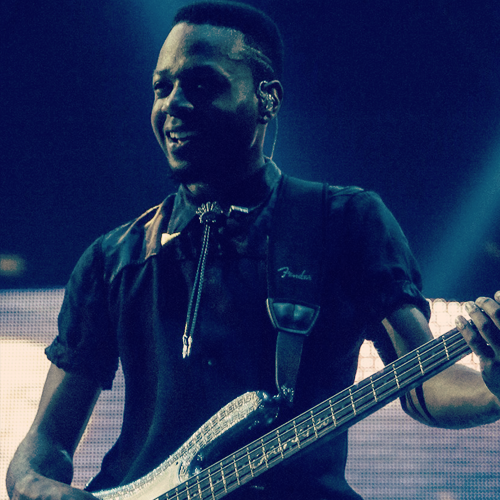 Jamareo Artis is the bassist in the pop superstar Bruno Mars incredible band. He is also known for winning P. Diddy's MTV Making His Band in 2009. Artis has also worked with R&B Artist Monica, JD Lawrence and more. Jamareo play the infectious bass line on Mark Ronson & Bruno Mars super hit "Uptown Funk" - one of the most played songs of the entire 2010's decade, which lasted at No. 1 on the Hot 100 for 14 weeks. Artis also appears in the music videos for "Uptown Funk", "Locked out of heaven", "Gorilla", and "Treasure" with Bruno Mars.

Jamareo Artis has also released music under his own name, the EP 'Liberation' and the Album 'Red Boom Box', both available on iTunes and Spotify.