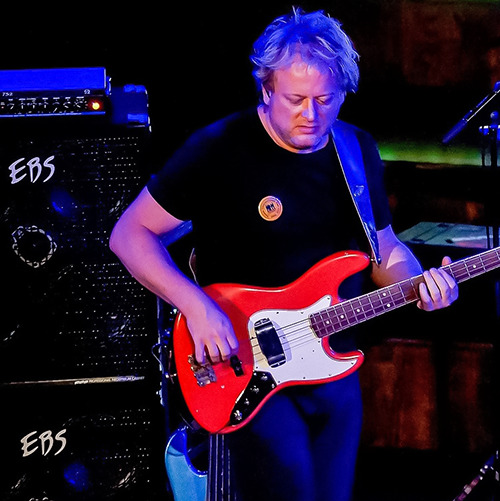 Tamas Barabas is the bass player of Djabe and European Mantra.

He started his double-bass studies at the age of 13. After discovering the music of Mark King (Level 42), he decided to become a professional bass player. Only a year later, at age 19, he joined the well-known Hungarian jazz band 'Tea' with frequent appearances on national TV to help build up his career.

Tamas's bass playing appears on many music albums in a broad range of musical genres from pop to jazz. His excellent bass guitar sound and composition skills crafted the sound of the band Djabe. They have toured over 40 countries around the World and played at many of the most important jazz/world music festivals.