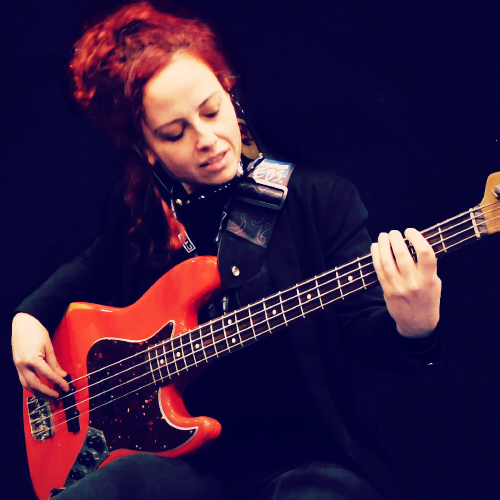 Poliana Magalhães got her first gig as a bass player at the age of 12. After covering a wide range of styles and winning a prominent national musicians award, she expanded her work area and started to play internationally.

She took off from Brazil to make her way on the world music scene as a freelance bass player and moved to Portugal.

After a couple of years in Europe backing up artists like Berg, Dilana Smith and playing with her own Poliana Magalhães Trio she came back to Brazil as part of the house band for AdNight at Rede Globo TV-show. At the TV-show, she played with big artists such as Ivete Sangalo, Anitta, Daniela Mercury, Ludmilla, Karol Conca, and many others. She also played for O Teatro Mágico in Portugal and Brazil.

Now she has relocated to Los Angeles to continue the adventure and take her career to a new level. Original music is in the making for a soon-to-be-released, and several more music projects are in progress.

You will hear a lot more from Poliana in the near future!