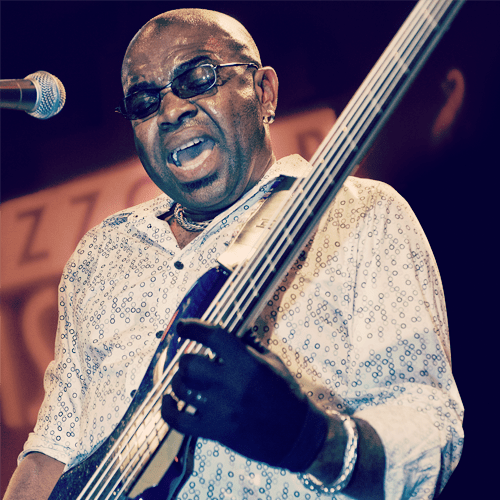 Etienne Mbappé is a Cameroonian bass player living in Paris. His unique style blending West African music with Jazz and Fusion creates exciting music for the ears and soul. Besides playing and singing with his own band Su La Take, Etienne has been working with Joe Zawinul, Ray Charles, Steps Ahead and he is a current member of John McLaughlin's 4th Dimension band.

Etienne Mbappé recently launched his new band The Prophets that will release their debut album, How Near How Far,  in September 2016.

“The concept of the Prophets,” Mbappé explains, “is a nod to visionaries like Miles, Coltrane, Joe Zawinul, John McLaughlin, Ravi Shankar, Bob Marley, Jimi Hendrix, and Charlie Parker among others. We seek to extend their vision and imagine a music where there are no borders and no musical barriers. With the Prophets, I decided to come back to instrumental music…I wanted to get away from the strict song format – verse, bridge, chorus – and focus more on the music itself”, says Etienne in a recent interview with Bass Player Magazine.