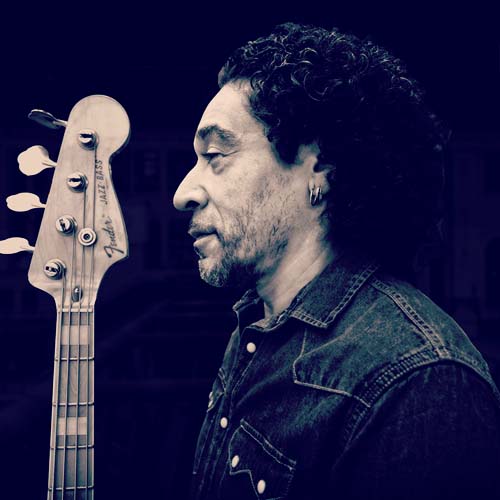 Chyco Simeon is a famous French bass player with Caribbean roots. His background reflects in his music, which is a blend of Urban Jazz, fusion with a lot of Caribbean music influences. Chyco's been involved in several bands and collaborated with many great musicians during his 40-year long-spanning career, including Marcus Miller who is one of Chycos' musical heroes. He is active inside and outside the musical melting pot of Paris where he is residing. Chyco has released four albums as a solo artist that represents his developing journey as an artist well.

Find out more at: