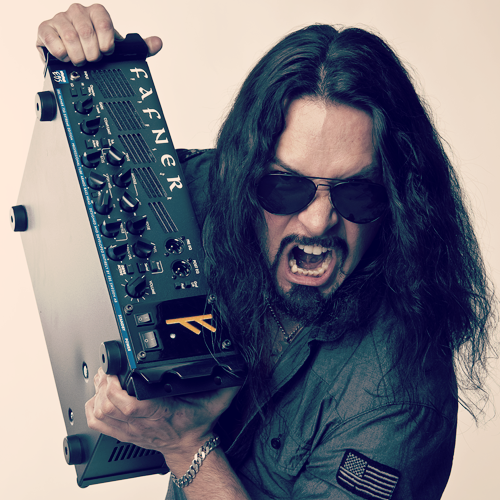 Bjorn Englen was born in Sweden, relocated to Los Angeles at age 21 and within two years
joined Billboard top metal legends Quiet Riot, which would start the career as one of today's top rock bassists.

He went on to form a group with MSG/Survivor vocalist Robin McAuley, and from 2007 to 2017 toured the world holding down the lows for guitar gods
Yngwie Malmsteen, Scorpions' Uli Jon Roth and Tony MacAlpine. In 2011 concurrently the bassist for all three!

In 2012 Bjorn joined Dio Returns, managed by Wendy Dio featuring longtime Dio members, plus a Ronnie James Dio hologram, touring all of over the world
with the highlight of headlining Wacken Festival in Germany 2016 in front of 85.000 people.

He has performed over 2000 concerts. Aside from leading his own group Soul Sign, Bjorn spends much of his time between tours educating musicians of all
ages, levels and styles. He has taught Clinics/Master Classes worldwide including Musicians Institute, Rock'n'Roll Fantasy Camp and Los Angeles College of Music.