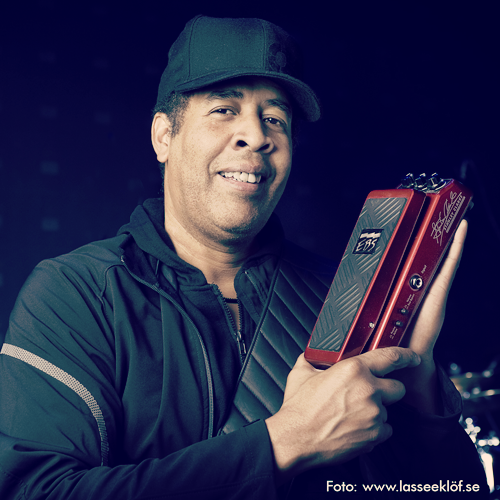 Stanley Clarke is a living legend, the innovator and creator of Modern Bass. Among the legends he has played with are Paul McCartney, Carlos Santana, Jeff Beck, Chick Corea, Aretha Franklin, Sonny Rollins, Keith Richards etc, etc. He has been touring as solo artist and with the mighty SMV bass supergroup along with Victor Wooten and Marcus Miller, not to mention the legendary Return To Forever! Stanley Clarke is the first musician whose name we put on an EBS product - the EBS Stanley Clarke Signature Wah-Wah/Tone Filter!