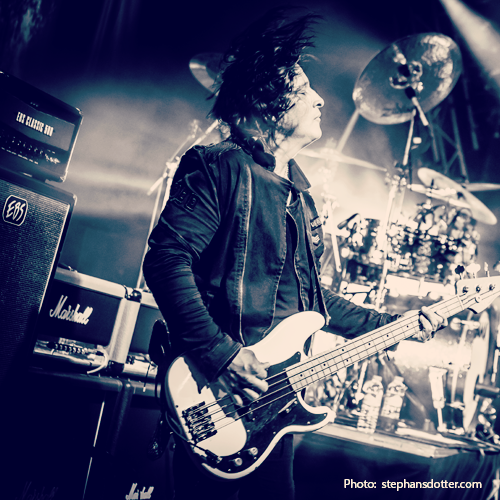 Robbie Crane is the bass player of Black Star Riders, which he joined in 2014. Robbie is a great bass player with an amazing energy on stage. The hard working and rockin’ Black Star Riders was founded by the members of Thin Lizzy in 2012 when they decided to write and focus on new music, to mark a new chapter in the Thin Lizzy history slightly separated from the past. The band include the legendary guitar player Scott Gorham, one of the founding members of Thin Lizzy, and have released three albums so far. The latest, featuring Robbie on bass, released in February 2017, reached #6 on the UK Album Charts. Previously, Robbie has been very active on the Los Angeles rock scene, best known for his 15 years with Ratt and his playing with Vince Neil Band, Lynch Mob, Vertex and Adler’s Appetite with former Guns N'Roses drummer Steven Adler.