Home / NEWS / ARTIST NEWS / Marten Andersson is back with another From Classical To Rock concert! 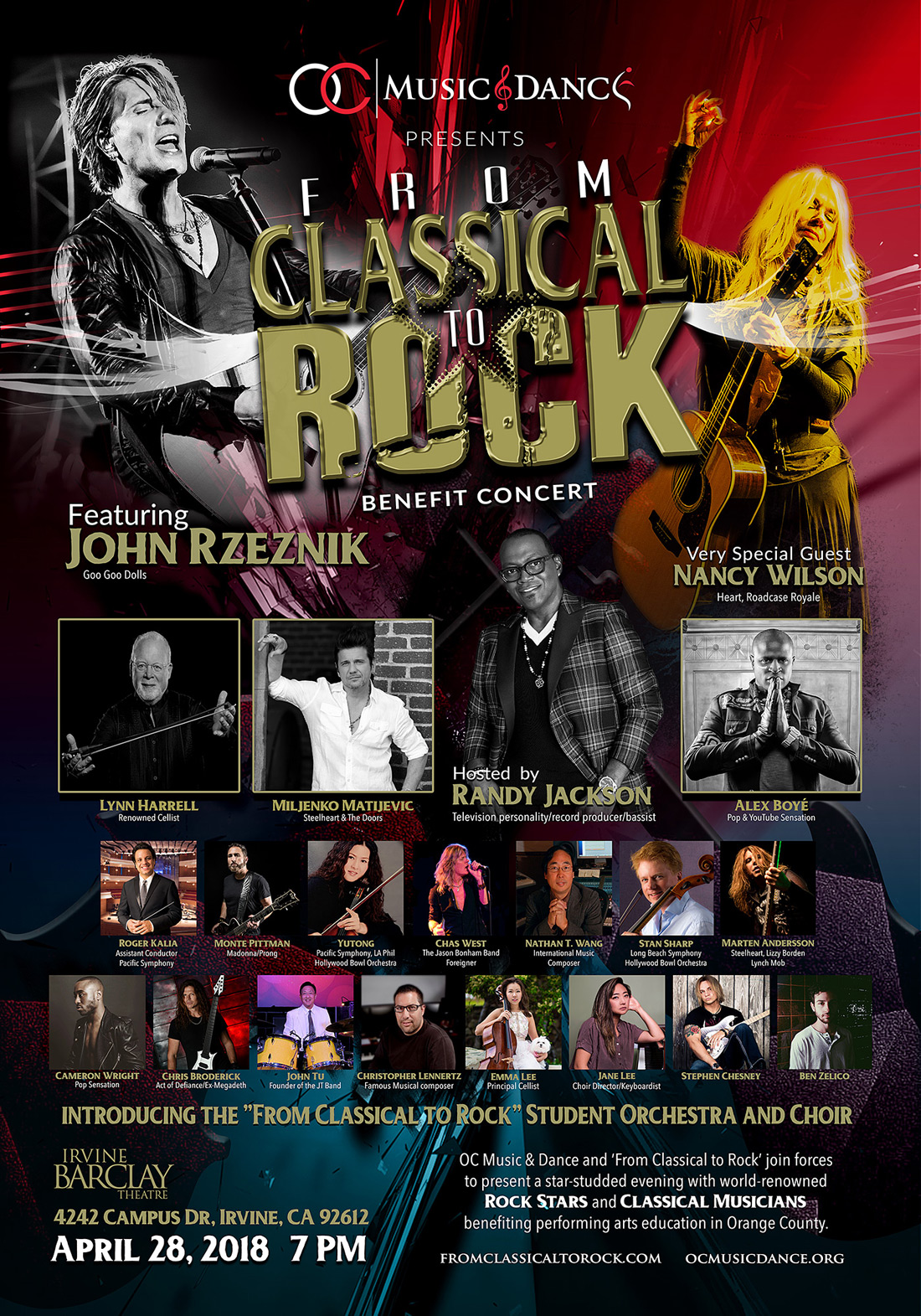 LOS ANGELES, CA (March, 2018) – After last year’s incredible success of “From Classical to Rock”, long time EBS rocker Mårten Andersson and his Classical to Rock team has joined forces with the non-profit OC Music & Dance School to present a star-studded concert benefiting music education for Orange County communities. Hosted by Randy Jackson and headlined by John Rzeznik of the Goo Goo Dolls, Nancy Wilson of Heart, alongside “From Classical to Rock Youth Orchestra and Choir”, bringing young aspiring OCMD music students together with platinum selling rock stars and acclaimed classical musicians, performing together under one roof.

This unique concert features original music scored by one of the biggest Hollywood composers Mr. Nathan Wang, joined on stage by rock, classical musicians and members of the Pacific Symphony Youth Orchestra, members of the Donald Bren Honors High School Orchestra and Chorus, and the honorees of the Orange County Artist of the Year in music, voice and dance.

From Classical to Rock co-founder/co-producer Mårten Andersson: “I am so honored and proud to co-produce yet another, even greater “From Classical to Rock” concert, benefiting music education. This time we joined forces with a nonprofit called, Orange County Music & Dance School. It’s an amazing (nonprofit) school who gives talented low income, minorities a change to be the next classical genius or the next rock star. All musicians involved with the event are contributing their time, energy and musical talents in an effort to benefit performing arts in Orange County.