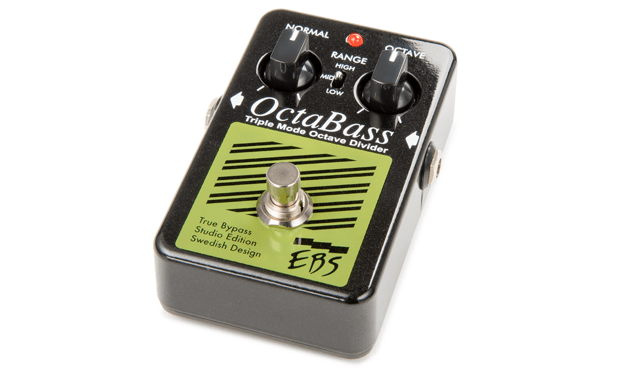 “This is the best tracking octaver I've ever come across - it's great to know the lows will be there for you”.

THE EBS OCTABASS STUDIO EDITION ANALOG OCTAVE DIVIDER CREATES A SINGLE NOTE ONE OCTAVE BELOW THE PITCH OF THE PLAYED NOTE, ADDING A NEW DIMENSION TO YOUR SOUND.

Track the note you play

The pedal recognizes two or three-note chords and trigger the lowest note. Control the level of the original tone and mix in the octave effect. Choose between High, Mid or Low Range - which relates to the character of the sound of the sub-note.

Sub-notes are perhaps most effective when playing on the higher frets, and could add a nice touch just slightly blended into the original tone, especially on a solo on bass or guitar. The OctaBass works really good together with distortion as well, but remember to keep the OctaBass before the drive in the signal chain, so it get’s as clean as possible tone to trigger. If you are after a synth-bass type of sound, a great way to achieve that is to run an OctaBass, combined with an EBS BassIQ envelope filter, and use the ‘Down’mode on the IQ. That makes the impression of hitting a key on a keyboard, and adds that sub-bass as well as synth sound to the tone.

The OctaBass was the very first stompbox effect from EBS. This classic effect was introduced in 1992, and based on an onboard effect featured in the legacy EBS Taurus combo. It has become 'classic' after being a trusted companion to legendary bassists like Tony Levin, Roger Glover, Tal Wilkenfeld & many many more...

The Studio Edition comes with optimized signal path, new design, new signal relay switching technique, protection against overvoltage use up to 18V and the possibility to power the pedal with anything from 9-12V DC.

Ps. Tricks that apply to all analog octave pedals to maximize performance:

“The (Octabass’) high setting adds upper midrange and top end accenting, giving the octave effect grit and presence whereas the lower setting creates a more sub-bass style bottom end that leaves space between the two octaves. The mid setting is just that, melding both signals smoothly”. 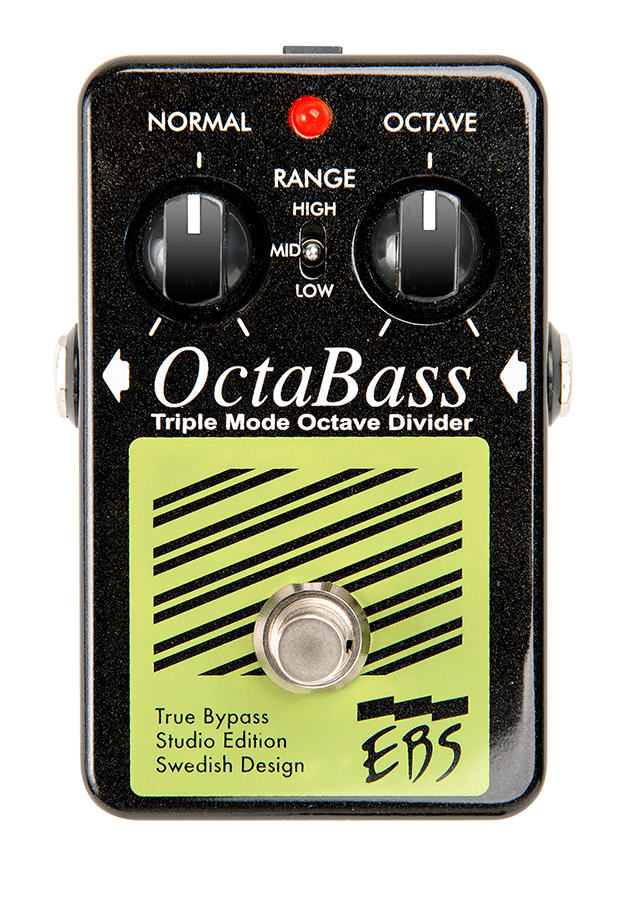 Suitable for live and studio use

Controls for Normal and Octave volume

Protected against over voltage up to 18V