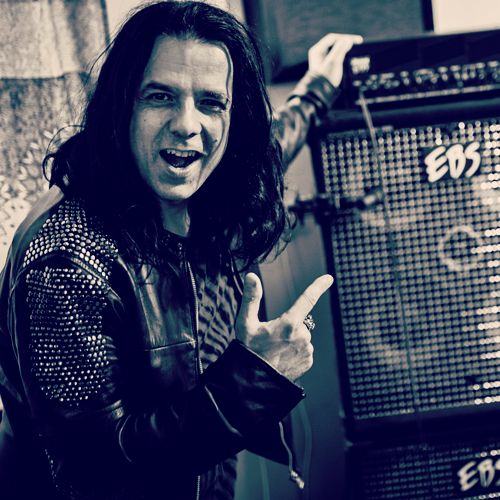 Pawel Maciwoda is the bass player with legendary hard rock band Scorpions since 2003.  Between touring and recording with Scorpions, he also run his own studio in Poland and has been collaborating with various musicians in other projects, like Stirwater with Efrem Wilder, that released an acclaimed album in 2012. Previously, Pawel was also the bass player in a jazz rock outfit called Walk Away featuring the World famous violinist Michal Urbaniak.

Pawel uses mainly EBS effects with Scorpions and EBS amps and cabinets on his other projects, as well as on selected dates with the Scorpions since the 50th Anniversary tour 2015.