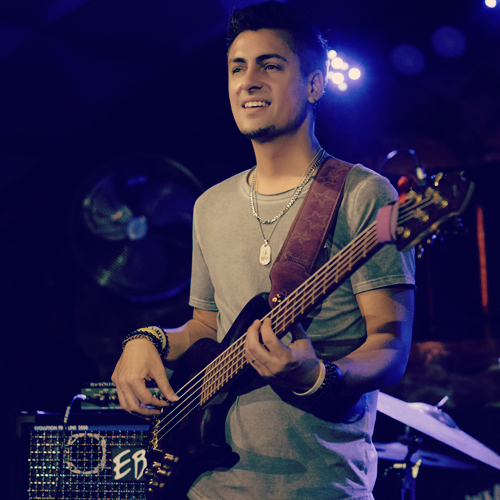 Charlie Moreno started as a self-taught player and picked up from music masters such as Russell Malone, Gary Grainger, Tom Kennedy, Richard Bona, Victor Bailey, and Victor Wooten, among others. Charlie is the leader of POWAFUNK and the Charlie Moreno Band. He also plays as a sideman with several pop artists in Spain.

Charlie has been linked to several bass and music festivals across Europe throughout the years. Already in 2002 he took part in the homage to Jaco Pastorius as guest bassist for the Jaco Pastorius Big Band (Heads Up) cd release (FNAC – Madrid and Barcelona).
He has released five albums to date as solo artist and with Powafunk: So Lonely (2005), Island Style (2007), Todobajos Bass Day award winner as Best Bass Record of 2011: Subway to Venus (2010), Powafunk's self-titled debut album (2016) and "From The Vault" (2018) all available through cdbaby.com.

Find out more at