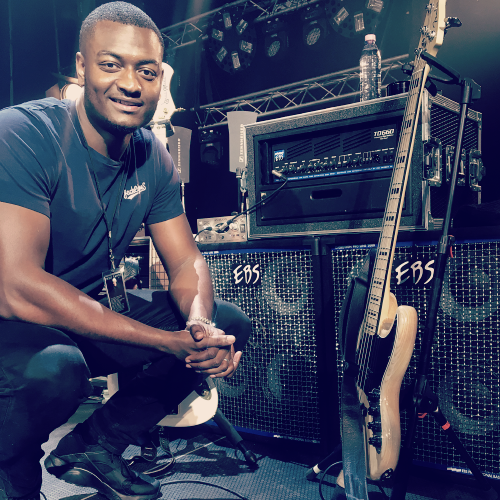 Emeli’s breakthrough came in 2012, when her debut album Our Version of Events hit the charts worldwide, being on top of the UK's Official Albums Chart for 10 weeks. The album spent 67 consecutive weeks in the Top 10, which is the record for a female artist and second longest chain of all-time. She appeared on both the opening and the closing ceremonies of the Olympic Games in London in 2012. Her second full-length album came out in 2016, and her latest release, the EP Kingdom Coming, came out in 2017. She has collaborating with a lot of other artists including the DJ superstar David Guetta and written songs for Alicia Keys, Katy Perry and Rihanna, not to mention winning three Brit Awards.

As the bass player of Emeli Sandé, Arran has toured the World and appeared on major TV shows such as, Good Morning America and SNL (Jimmy Fallon) as well as played on the great Glastonbury and V festivals. Arran is featured on Emelis' latest release, Kingdom Coming and just kicked off a new tour with her.  2018 will be a busy year with extensive touring so stay tuned for updates from Arran and follow him around the World with EBS and Emeli Sandé through his Instagram account @arranpowell.